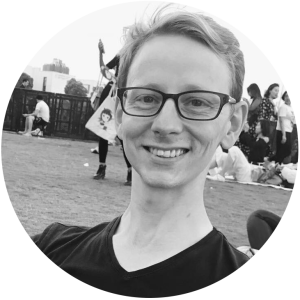 Trustdata has once again released their report detailing the top 200 apps in the Chinese mobile app store during the month of October, 2019. Do you think Google, YouTube, and Facebook will make an appearance? How do they rank compared to Chinese platforms such as WeChat, DouYin (Tik Tok), Baidu, and Weibo?

You may not find any major shocks in the top 10, especially if you’re familiar with the app landscape in China. That said, some apps have crept in further down the list which might surprise you!

Wait, haven’t I seen this list before?
Possibly one similar — We update this article monthly as new data is released about the app store in China.

That way it’s all kept up to date! Unfamiliar with any of the Chinese social media or marketing related apps? Learn more here.

As expected, WeChat takes the first place. With over 1 billion active users each month, the ‘super app’ boasts a laundry list of features that would require dozens of apps to achieve otherwise. Because of this, it has long been the dominant force in the Chinese app market. Likewise, the most popular Chinese social media, search tools, payment systems, and marketplaces round out the rest of the top 10.

The biggest moves within the top 10 were iQiyi narrowly overtaking Weibo from last month, and Qihoo 360’s 360 Security app managing to push Toutiao out of the top 10.

International marketers often wonder whether familiar giants such as Facebook and Google are relevant in China. It might come as a surprise but both Google and Facebook have around 14 million users in China. That’s particularly impressive considering that access is restricted.

However, on the list of top apps in China, Google only ranks at #117, Facebook does slightly better at #108, and Facebook Messenger comes in at #138. Compared to China’s top apps, these international giants are far from the right tools for marketers looking to reach their Chinese audiences (with rare exceptions). That said, they’re doing okay considering the restrictions.

If you want to market your business and establish a presence selling products or services in China, the best way is to advertise on the most popular channels (provided your target market are active on those channels). This list is a breakdown of the very best options available to you within China (notice how many rank toward the top on the most popular apps). To find out whether the channels meet the second part of that criteria, your best bet is to get in touch with us.

Display advertising has been increasing quite rapidly in China. Social media, video, content, and search represent huge opportunities to get in front of your target market and capture their attention.

While a lot of the fundamental marketing principles hold true in both the East and the West, there are subtle differences and optimisations that separate successful Chinese marketing campaigns from those which fail to get traction.

Want to use the top apps in China to grow your business?

Navigating the language, cultural norm, and interface differences is a hurdle for many businesses. But it doesn’t have to be that way.

Advertising and marketing through many of the best channels on this list are provided by the AdChina.io Platform. And if Weibo is the platform for you, that is provided by our sister company GoDigitalChina.

If you’re interested in learning more about using these apps and platforms to grow your business’ presence in China, you’ve come to the right place. Likewise if you’d like to get your app listed on the Chinese mobile app store. Ask us any questions in the chatbox, learn more about digital marketing in China here, or contact us for a quick demo of the AdChina.io platform.