7 Learnings For Foreign Apps From Evernote’s Success in China 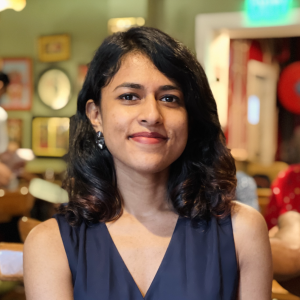 I'm Shreya and enjoy collaborating with China digital marketing experts to share the best advice for growing your business in China. Highlights
Add a header to begin generating the table of contents

When talking about the successful iOS apps in China, a name that stands out is Yinxiang Biji (Chinese version of Evernote). The productivity app was first launched in China in 2012. After just one year in China, the popular note-taking app had gained four million Chinese users.

In fact, as per AdChina.io’s Baidu Keyword Research tool, there are more than 193,000 searches for Evernote in China per day. That’s very impressive for an international app in China.

AdChina.io has helped hundreds of iOS Apps succeed the China market. To see how AdChina.io can help you get started with advertising on top channels hassle-free create a free account today.

Here are some more statistics that point to the magnitude of Evernote’s success in China.

Are you an international app aiming to succeed in the China market? In this success story, we dig into Evernote’s localization efforts in China, and draw out some key lessons for bringing apps to the world’s largest country.

1. An Easy To Recall Chinese Name

An important step of localisation is to have an easy to recall name as ​​word-of-mouth is one of the most popular ways of marketing. If your app name isn’t easily memorized and pronounced, it may be forgotten.

When Evernote launched in China in May 2012, it published a blog post announcing the launch and its Chinese app name – Yinxiang Biji. In Chinese, Yinxiang Biji (印象笔记) simply means Memory Note or Impression Notes.

Instead of simply translating the name to Chinese, it thought about the app’s actual function and picked a name that the users could relate to.

For an app to be successful in China, it’s important to advertise to the right target audience. You need to be smart when planning your advertising campaigns in order to outperform competitors.

While most brands simply opt for PPC Advertising on Baidu, Evernote aims to dominate the keyword rankings exclusively. For this, it uses the Baidu Brand Zone.

With this method of advertising, when users search for terms related to ‘notes app or note taking’, they get a boxed off area at the top of organic search results. This box has Evernotes’ brand image or logo, a link to their official website and a short paragraph giving an introduction to their company.

Baidu Brand Zone not only helps build brand credibility but also results in over 50%-80% click-through rates. Brands may also choose to display their social media accounts, special offers or any other relevant information in this box.

AdChina.io has helped hundreds of iOS Apps advertise and succeed in the China market. To see how AdChina.io can help you get started with advertising on top channels hassle-free create a free account today.

Evernote brand well understands the importance of different social media channels in China and creates content to cater to the audience on those channels.

For instance, Yinxiang Biji often runs campaigns on Weibo inviting users to write about how they use Evernote to make traveling easier. This content appeals well to the travelers in China and gains a lot of popularity. The brand has managed to get a following of over 188,000 on Weibo.

On Bilibili, Evernote has more than 30,000 followers and it uses the platform to post educational content such as lessons on how to make better notes with Evernote.

Evernote uses Apple Search Ads in China to rank higher in the App Store. While it’s a good marketing tool, the app doesn’t rely on it alone as it’s well aware that App Store advertising in China is not the same as in Western countries.

When it comes to Chinese users, they are more driven by community, reviews and activity on Chinese platforms when deciding to install foreign apps. For this reason, the app advertises on Baidu as well as WeChat. At the same time, it posts content relevant to the users to add value and create a community around the brand.

If we take a look at statistics of keyword Evernote on WeChat, we can see that the number of searches is quite unstable (from about 90,000 it jumps up to 1.6M and back). It shows that the brand does promotion on WeChat.

Read – The Complete Guide to Mobile App Marketing in China

5. Tailor-Made Integrations and Features For China

Yinxiang Biji has also created innovative integrations with Weibo and WeChat which allowed the app users to save their clipped content through their Weibo and WeChat accounts. The app also integrates with other Chinese apps such as Duoguo (a restaurant guide website) UC browsers and others.

Outside of China, when Evernote had offered a similar feature for Twitter users, it didn’t gain popularity and was phased out. However, in China, since it’s very popular to use messaging apps, Yinxiang Biji’s developers made sure to include this integration.

Such an approach to localisation and attention to the needs of the customers in China has paved for Evernote’s success in China.

To take care of the common concerns of the Chinese government as well as users, Evernote has always highlighted its main functionality as a private data storage for individuals, not a social platform and broadcasting service.

On its launch in China, the team wrote an open letter to potential users highlighting that they would adhere to the three laws of data protection developed by Evernote CEO Libin: user data would be personal, protected, and portable.

Although the international version of the app does include some social functions such as note sharing, they have been either removed or played down in the Chinese product. The company has maintained a strong dedication to securing the privacy of user data since the very beginning. This has also helped the app navigate successfully with China’s powerful internet censors.

Ready to plan and launch your targeted iOS App marketing campaigns in China?

AdChina.io is the first of its kind platform that helps international iOS Apps advertise in China easily — all with just one tool! Visit our website and find out more. Better yet, please create a free account and purchase a service from our marketplace to get started.