Douyin Download:  Your Quick Guide To Get Chinese TikTok (With Screenshots) 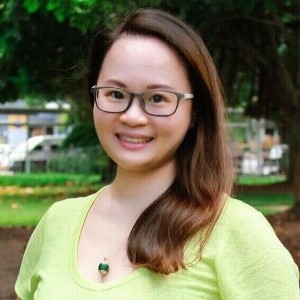 Joyce is the Senior Global Content Manager at GDC with 15+ years of experience in China marketing and international marketing. Douyin (抖音), also known as the Chinese TikTok, is one of China’s most popular social media channels. And, it speaks to Gen Z consumers in China like no other of its competitors. Want to know how to download Douyin outside of China? With this quick guide, we’ll show you the easy steps to get the Douyin app on your Android or iOS device in minutes!

If you are located outside of China, you might be wondering how to download Douyin with ease? Today’s guide looks at comprehensive steps with screenshots to help you through the downloading process.

In one of our previous articles, we’ve covered the details of this question—what is Douyin? This social media platform is owned by Chinese multinational internet technology company ByteDance and hosts a vast selection of user-generated, short video content. These short videos have introduced the world to dance crazes, hashtag challenges, a ton of great tutorials, and more. They’ve also been of keen interest to brands looking to promote their products and services.

Douyin is the Chinese version of TikTok and the only version of the platform available to people living in China. Like the international version of TikTok, Douyin also provides users with a feed of video content tailored to their interests and preferences. Light on text and images, Chinese Tiktok Douyin, is all about entertaining, easy-to-consume video content. Read more about what is Douyin & how to advertise on Douyin App.

According to public statistics from Sina, in September 2020, the daily active users on Douyin surpassed 600 million. The platform is packed with user-generated content, ranging from multiple categories you probably can’t find on TikTok. Most of it is in Mandarin, and a significant portion of the users are Chinese Gen Z consumers. Therefore, Douyin marketing and advertising in China offer unlimited opportunities for international brands.

5 eye-opening Douyin statistics that prove you need to download it today!

“Douyin is one of China’s most popular social media channels, especially for younger generation consumers. Download Douyin is easy and free. Try it today!”

You probably already guessed—you won’t be able to download Douyin from the Google Play Store or App Store unless you’re located in Mainland China. But you can still download it! Instead, you’ll need to download Douyin directly from Douyin’s official website.

In our previous blog: how to create a Chinese Tiktok/Douyin App Account [2022 Guide], we detailed the processes you need to follow to get your Douyin account set up.

AdChina.io has helped hundreds of brands reach the China market. To see how AdChina.io can help you get started with advertising on top channels hassle-free create a free account today.

You might not believe it. But it’s actually easier than you think it is. Firstly, Douyin can be downloaded on your Android device by going to Douyin and tapping on the ‘Download’ button that has the Android icon on it.

Alternatively, you can download the latest version of the Douyin app from APK Mirror and install it on your Android device. After the APK installation is completed, open the app and create a new account like you would when signing up on TikTok.

Douyin is only available in the China mainland version of the App Store. So, if you are not in China, you won’t be able to find the Douyin app on your default App Store. Therefore, you need to first change the App Store region to mainland China in the App Store settings to download and install Douyin.

Second, when you encounter the Apple Media Services Terms and Conditions, tap Agree at the upper right corner and then tap Agree again. Remember that Douyin is free to download. Therefore under the Payment Method, we suggest choosing None to avoid that section.

Third, you’ll be required to fill in some credentials, such as your Billing Address and Phone number. Since you aren’t making any purchases, we’ll suggest using an address generator to fill in the boxes. Once this is done, tap Next.

Within seconds, the App Store changes the region to mainland China. Now, you can proceed to search for “Douyin” or “抖音” in the search box. Once you’ve found the app page, tap Install, and you are there!

AdChina.io is your best partner for entering the China market

Our expert team can set up a Douyin account for you, verify it, and help you build a strategy to maximize your advertising success. You can also advertise your brand on Douyin, straight from our all-in-one Chinese advertising platform.

Get in touch with us to find out more.